So, how is your country handling this/what do you have to do?

Illinois, United States, just shut down all the restaurants and bars until April, and starting yesterday we can work from home. I had to come in because I use a lot of tools for the game here and we don’t really have a way to remote into work (just QA, everyone else can). Lots of our store shelves are empty. What’s your end of the world like?

It’s scary, but not much compared to US. I’m living in Bangalore, where there are 5 cases so far. Worse, the very first case was from a guy who works in the very next building as us.

Government stopped buses that go outside the city, and in the city, only 10% of the buses are working now. Order came that no one should leave or enter the city without permission.

From today, we all got mandatory work from home, until further notice by the government. Restaurants are still operating, but bars and theaters are closed.

Commodities are still available, but costs went high, as high as 40% increase than the normal prices.

Germany does the usual:

Who could have seen this one coming lol. Pretty much the only reason we have 5500 infected but only 13 deaths is that it’s still early on in the infection cycle and the lung ventilation rooms in the hospitals aren’t all occupied yet, but that can change. There are quite a few cases in towns all around us. I feel very lucky that i live on the countryside on an old farm right now.

There is one good thing though, my university exams and the new semester are getting delayed, so i can study and work some more in the meantime.

Oh, and they changed their plans for infection prevention on the campus tree times over this weekend:

“Just wash your hands pls k thx bye” -> “Let’s stop all courses and exams with more than X people” -> “DO NOT TOUCH CAMPUS. GET OUT NORMIE REEEEEEEE”

I forgot to say, the also shut down the university here, and the junior university, and all public schools for the next month. I’m sure lots of you don’t know how the US works, but we have “counties” inside of the different states. My county has had one confirmed case so far, and no deaths. But everything is shut down and grocery store shelves are apparently bare (according to my mom who tends to over exaggerate things). @VaTTerGeR where do you live in Germany? My sister lives/lived in Braunschweig (they travel a lot and currently live in Mexico and were planning to travel back to Germany soon because her husband’s Visa is up in like a week, but I think according to today, he cannot travel back to Germany. That must be a bitch of a problem for millions of people.

[quote]That must be a bitch of a problem for millions of people.
[/quote]
Yup, now is crackdown time.

UK: catastrophe in the making. Taken matters into my own hands as it were - not going to work.

Here in SF Bay area, today (Monday) we were told to “shelter in place” and all non-essential businesses are supposed to close. Yesterday the library was closing, so my wife and I snagged an armful of books and DVDs. The most popular grocery store, Trader Joe’s, started limiting the number of customers inside at one time, so it had a line about half a block long at the door this morning. I got groceries, instead, from a couple mid-sized shops, two that cater to Hispanics and one that’s Halal.

I haven’t been in a major grocery since the panic set in, but I hear it’s impossible to find TP. I also read that gun sales are up. I guess people have to protect their TP stashes somehow.

I work a few hours a week database coding for a hospital. They informed me not to come in. So I’ll be doing some offline dev for them. I’m going to give their IT department a few days before hitting them up for a VPN line.

My other job is mostly “fulfillment” and sales at a music store. It’s been deemed non-essential and we were told today it’s closing. I HOPE to at least be able to use the accumulated “Personal Time” to keep my income going for a couple weeks.

Workers don’t get paid. Banks still want their loan payments. Landlords still want their rent. Business owners don’t want to have to fork over money if the store is shut down. Thus, arguably, the majority of the expense and the burden falls on the worker.

The “oh it’s nothing” followed by “panic” is a pretty apt call. I don’t know that it is unique to Germany. From what I’ve heard, the UK is going to be fcked over pretty badly, given the lack of response. Staying home is probably the wisest thing, princec!

P.S. Stats from South Korea, where we’ve had the MOST testing, shows that the age group with the highest incidence is 20-29! So, hanging out together in bars or whatever, probably not a great call right now.

Germany does the usual:

Can confirm 100%. How ever it is not as bad as in Italy or China (as least from what I see in media). Good luck with your exams!

I wish I’d still be a pupil and go to school must be great to get simply 6 weeks off. Unless you are about to write your final exams in that case you are f*cked I guess.

For me personally it’s pretty chill yet and feels like most of the other days except for media attention and people going completly ham in supermarkets. Yesterday someone in front of me bought 20 packs noodles. There was not even a chance to get toilet paper. Like wtf.

[quote]I also read that gun sales are up. I guess people have to protect their TP stashes somehow.
[/quote]
It’s going to be like Metro 2033 but with toilet paper rolls instead of bullets as currency. Here’s another option for protecten dat stash ;D Coronavirus: Why You Must Act Now

Politicians and Business Leaders: What Should You Do and When?

Hugely important article! The charts and stats are vivid. Thanks for posting this, @elect!

My main takeaway, even with lock downs, thanks to incubation periods, we are going to see an explosion in the number of cases in the next week or two. The possibility of patients overflowing into aisles of hospitals and triage decisions is very real.

Absolutely. This was all left about 2 weeks too late. Best we can do is just … keep calm and carry on, of course

My work/life situation is barely changed, though I took the kids out of school this morning rather than wait for the UK govt. to act in the nick of too late, as they appear to be doing.

For anyone who is baffled by science / has a short attention span / isn’t so good at English or Maths: tldr; stay home. Don’t go anywhere except to buy essential supplies. Do not invite people round. Do not visit anyone. Remain this way until the rate of disease transmission drops below factor 1.0, and then remain in lockdown for two weeks past that point.

Absolutely. This was all left about 2 weeks too late. Best we can do is just … keep calm and carry on, of course

My work/life situation is barely changed, though I took the kids out of school this morning rather than wait for the UK govt. to act in the nick of too late, as they appear to be doing.

For anyone who is baffled by science / has a short attention span / isn’t so good at English or Maths: tldr; stay home. Don’t go anywhere except to buy essential supplies. Do not invite people round. Do not visit anyone. Remain this way until the rate of disease transmission drops below factor 1.0, and then remain in lockdown for two weeks past that point.

In Germany (atleast me) does not get any or rare information about the situation in UK.
Anyone else in Germany can confirm this or is it just my personal experience? Might it be because of the brexit?

The UK appears to be on course to “do an Italy”, ie. the govt and sheeple have largely dismissed the seriousness of what’s going on a month ago and have just now begun to grasp the concept of an exponential increase (which is why people are so easily suckered into debt here in the UK). I don’t think anyone is actually going to explain what an S-curve or inflection point to them at this point, they’re still getting their heads round elementary maths.

So basically, we have: a fiscal rescue policy which will be illegal to actually use for most businesses that also cleverly leaves the govt looking like they provided a huge help but which in fact will leave their deficit record squeaky clean when the next election comes along; a social distancing policy which is wholly incomplete and damages the vast majority of businesses in the UK (“just stop going to pubs!” as opposed to “pubs will mandatorily be closed as of midday” etc); a “suggestion” that we all work from home if possible, but that we send all the kids to school anyway. The figures already speak for themselves but the graphs will be laid bare for all to see over the next fortnight or so.

oh also, “exponential increase” plus “two weeks latency” is just awesome. They (we) really have no idea what’s about to hit. I feel sad.

In France, we can go outside if we have a good reason to. Otherwise, now working from home since the beginning of the week, so relaxing ! Not anymore distracted by people who keep talking in the hallway. We made provisions for two weeks, so we do not have to go outside. Just waiting for a treatment to emerge.

There is no treatment except emergency life support on a ventilator or blood oxygenator. A vaccine is probably 12-18 months away. Bah. It’s going to be a long haul.

Here in Australia the government has dragged its feet and cases are just now beginning to explode with a 24% increase in my city overnight. Similarly to elsewhere, there isn’t enough government testing going on.
Although schools are still open, many people are working from home and not using public transport so hopefully it gets under control within a few months. I work in education which is dependent on foreign students, one of the worst affected industries after tourism and airlines. Fingers crossed my job still exists in 6 months!
On the sunny side, at least it’s a good opportunity to program games while stuck at home

Sounds like the British herd immunity plan is quite different to every other country’s plan: 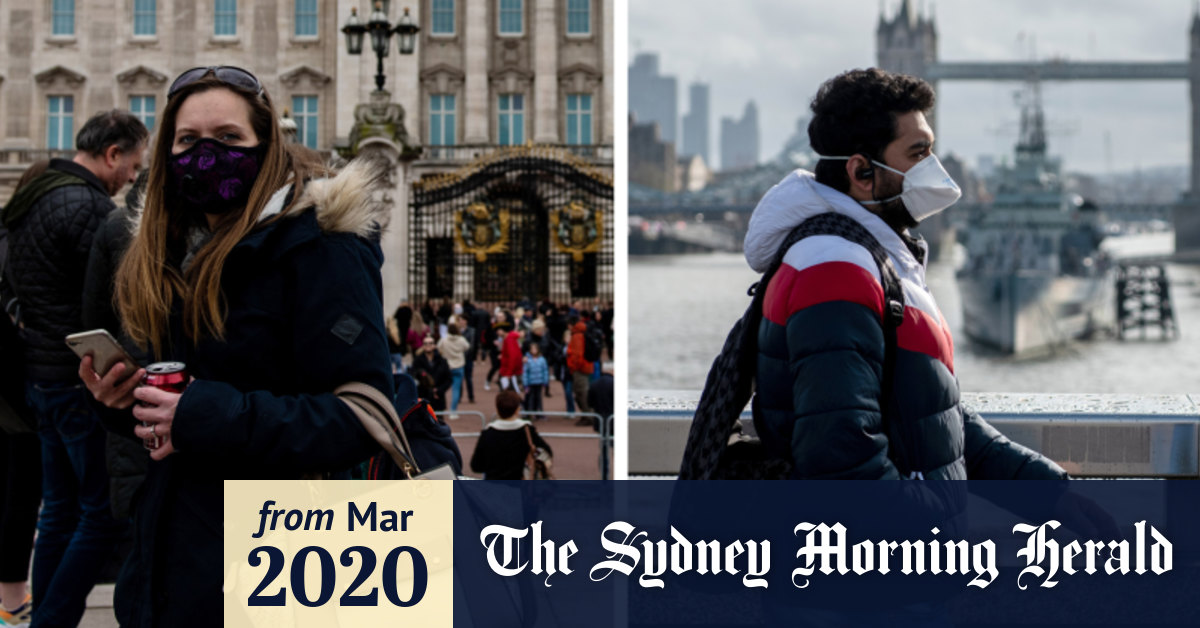 'Herd immunity': Why Britain is actually letting the coronavirus spread

In crude terms, Britain is mounting the argument that the outbreak is now so far gone that it is actually desirable for many people to get coronavirus.


I’m a bit worried that Australia’s government is doing the same thing since our schools are still open.
My wife has bronchitis which puts her at risk if she gets infected so we’re quarantining ourselves from everyone else.
People here are still going to the beach despite the confirmed number of new cases doubling every day
philfrei June 6, 2020, 9:20am #20

“herd immunity” as a strategy?
So, kind of like using the disease itself as a vaccine?

I am restraining myself from typing a long series of curse words.

Sounds more like an attempt to rationalize/spin massive incompetence.

So sorry to hear about the chance of losing employment. There is too much of that going around. Maybe virtual classrooms will help?