For servers that is, but what do you think about that?

I backed up the JDK 8u181 and will only use that until I die.

Will now code C with a C++ compiler to get streams.

And explore how to build my own programming language.

Starting with learning assembler on a C64 to build a multiplayer game: 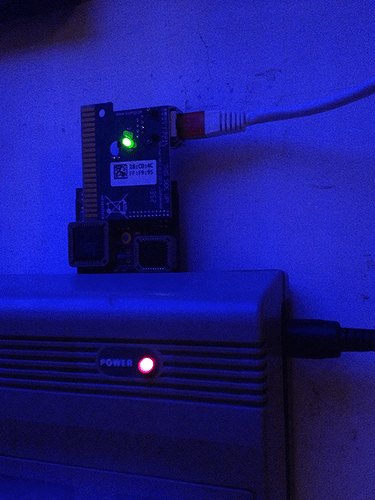 … but what do you think about that?

The code differences between them are minimal, and speed differences have been minimal for a long time (and never were 4x).

You seem to have missed the other part of this plan which is to remove all technical differences between OpenJDK and Oracle JDK? https://blogs.oracle.com/java-platform-group/faster-and-easier-use-and-redistribution-of-java-se

The JDK API will be the same but the JVM will not.

Oracle are not stupid, they know they have performance to sell.

4x is for ARM releases, but x86 also have major differences.

Oracle know they have support to sell. There is and will be minimal differences in the JVM.

There are performant ARM builds of OpenJDK. eg. check out Zulu Embedded if you can’t find one via AdoptOpenJDK. And Oracle are stopping shipping of ARM binaries anyway AFAIK.

Seriously, stop trolling and go do some reading!

Why would I download anything for Azul when they only compile the OpenJDK?

Support is optional, performance is mandatory. If you think Oracle would open-source the best parts of the closed source JVM for optional revenue you are deluding yourself, also they have had that optional revenue for a long time now.

Look at it from this perspective: I have 3 servers on google cloud for 10$ per month, if I opted to upgrade my Java to the latest version next year (say because they have invented some new garbage collection that does not freeze the entire JVM) I would have to pay an additional 75$ for that per month… that is 7.5x = 750% from one year to another.

Why do you think they are taking such drastic measures?! I can tell you, they have bought completely empty companies. Sun had 50% worthless hardware and 50% “open-source” or at least “free until not” software. MySQL founders moved on and founded MariaDB, making MySQL obsolete. The Oracle DB is a big pile of junk.

They are desperate because the banks are not loaning out more money from asset valuations or even positive balance sheets any more and Oracles government customers are probably not able to buy more licences for their over-engineered junk, or at least the projections of that income does not look good.

So, in that context, I think that they cannot afford to give away their only valuable property which is the performance of their closed source JVM.

Can you link to the statement where Oracle says they wont build ARM releases?

I can’t seem to find a 32-bit release for ARM on the AdoptOpenJDK site, do you know if Raspbian has a current build of that in their repo?

I know I’m making uncomfortable statements, but we need to be able to talk about this and not pretend that everything is just going to be business as usual, changes are coming.

Edit: So I was wrong, Java has the performance in OpenJDK 11 on ARMv7+. The only thing I was kinda right about is that ARMv6 (Raspberry Pi 1) is not getting anything from now on so OracleJDK 8 will be the last stop for these CPUs.

You’re not saying uncomfortable things, just things that aren’t true! I’ve heard multiple times (from people in / close to the process) something along the lines that Oracle would never have open-sourced Java but as it is open-source they’re going to do it properly. And their actions back that up. The new release cadence may be interesting and not business as usual, but quite a positive move. And all the main performative bits of the JVM were open before Oracle, and has stayed in the open. Even Graal is being developed in the open (for the most part).

My understanding of this is you don’t need the license if you are on the latest LTS, so upgrade to java 11 in January and you will be ok. This license agreement is meant for big corporates with lots of old java versions still. It’s also for the advanced server features of the JVM.

My understanding of this is you don’t need the license if you are on the latest LTS, so upgrade to java 11 in January and you will be ok.

Oracle will not be providing free updates for even LTS releases of their OpenJDK for more than 6 months. That’s up to others in the OpenJDK community. The Oracle licensed binary JDK, while intended to be technically the same as OpenJDK, will no longer be free at all except for evaluation purposes! LTS means nothing to users of Oracle distributed binaries if you’re not paying. See eg. https://medium.com/codefx-weekly/no-free-java-lts-version-b850192745fb

As far as we’re all concerned in here… nothing to see here, carry on as usual. Ship whatever latest embedded OpenJDK JVM in game is available. Azul do Zulu for ARM which is great. (There’s at least one other vendor making Aarch64 builds of OpenJDK announced quite recently but I can’t find the bookmark now)

Performance will continue to be great on OpenJDK. Maybe not the bleeding edge but certainly perfectly competitive. After all how many people here are using Intel’s C compiler to squeeze the best autovectorizing performance out of their maths libraries instead of plain old MSVC? Raise your hands. Just like the community edition of MSVC is entirely good enough for us amateurs.

Azul do Zulu for ARM which is great. (There’s at least one other vendor making Aarch64 builds of OpenJDK announced quite recently but I can’t find the bookmark now)

Docker? BellSoft? AdoptOpenJDK? RedHat or AN other Linux distro? (AFAIK RedHat and Azul led this, but Oracle are now on board). Something based on OpenJ9?

Performance will continue to be great on OpenJDK. Maybe not the bleeding edge but certainly perfectly competitive.

This is perpetuating the idea that they’ll be different though. Oracle is claiming they’ll be technically identical, and it wouldn’t make much commercial sense to say that if that wasn’t the plan! At least in the immediate term (longer term with Graal who knows). It ties in with sharing out the workload and investment too - quite a few of the improvements coming into the JDK are from outside. They’ve also open-sourced a load of the commercial stuff shipped with their JDK over the last year. It looks more like they want to share the headaches and costs of the free stuff, and concentrate on milking the commercial customers who need supported stability. Although AdoptOpenJDK has some deep pocketed sponsors and are also promising LTS backports. All feels quite positive right now for those of us doing under the radar stuff!

I have used a 32-bit ARM Olimex Lime2 board with OpenJDK 1.8 under Debian Linux for more than one year and it has worked like a charm ;D